The Global Sustainability Coalition for Open Science Services (SCOSS) is now four years old. We are delighted that we have been able to support eight extraordinary organisations that provide Open Science Infrastructure in that time. As we grow into the next phase of our development, we have sought to learn more about how people perceive us and the work we do, and where our priorities should lie as we develop a new SCOSS strategy.

We conducted a consultation to understand awareness and perceptions of Open Science Infrastructure in the sector, and the role SCOSS plays in providing support.

As part of this consultation, we undertook a survey which attracted over 200 responses. We are incredibly grateful to everyone who took the time to respond to the survey, and are delighted to share some of the results. 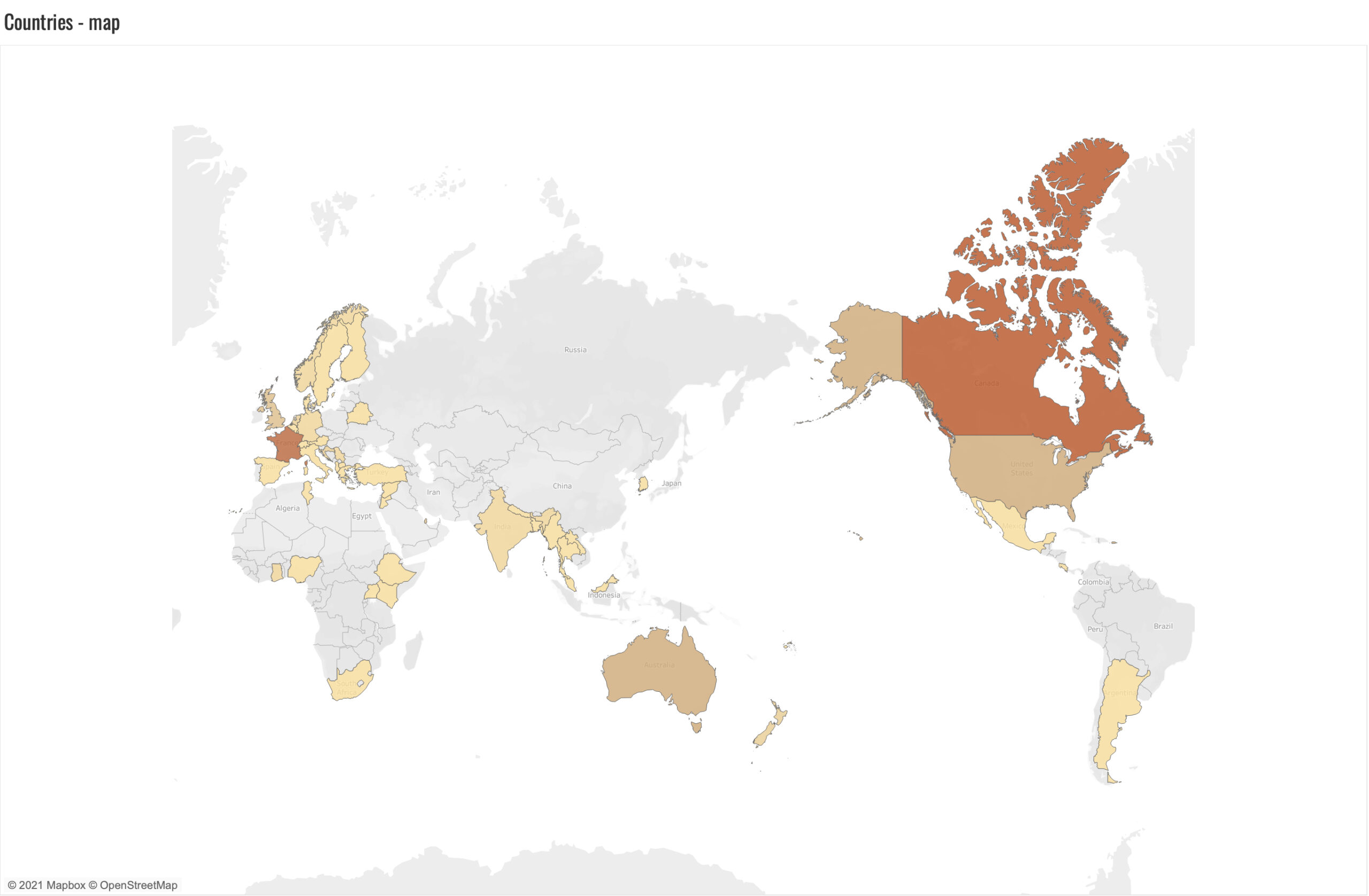 A majority of respondents worked for university libraries, with a large proportion (42%) having authority over budgets from which infrastructure could be funded.

We view the level of familiarity expressed about SCOSS very positively, although it highlights opportunities for awareness raising and more clarity about how SCOSS operates. Over three quarters of respondents had some familiarity with Open Science Infrastructure as a whole (79%), reducing to 65% for SCOSS itself and just under half for how SCOSS operates.

Respondents expressing the greatest familiarity with SCOSS are generally based in Europe and North America, specifically Canada, France, the UK and the Netherlands.

Respondents were familiar with around 30 organisations that support Open Science Infrastructure. Few of these are community-focused or dedicated specifically to infrastructure; most were government or research funder programmes that were set up to promote Open Access or Open Science.

What should be prioritised? 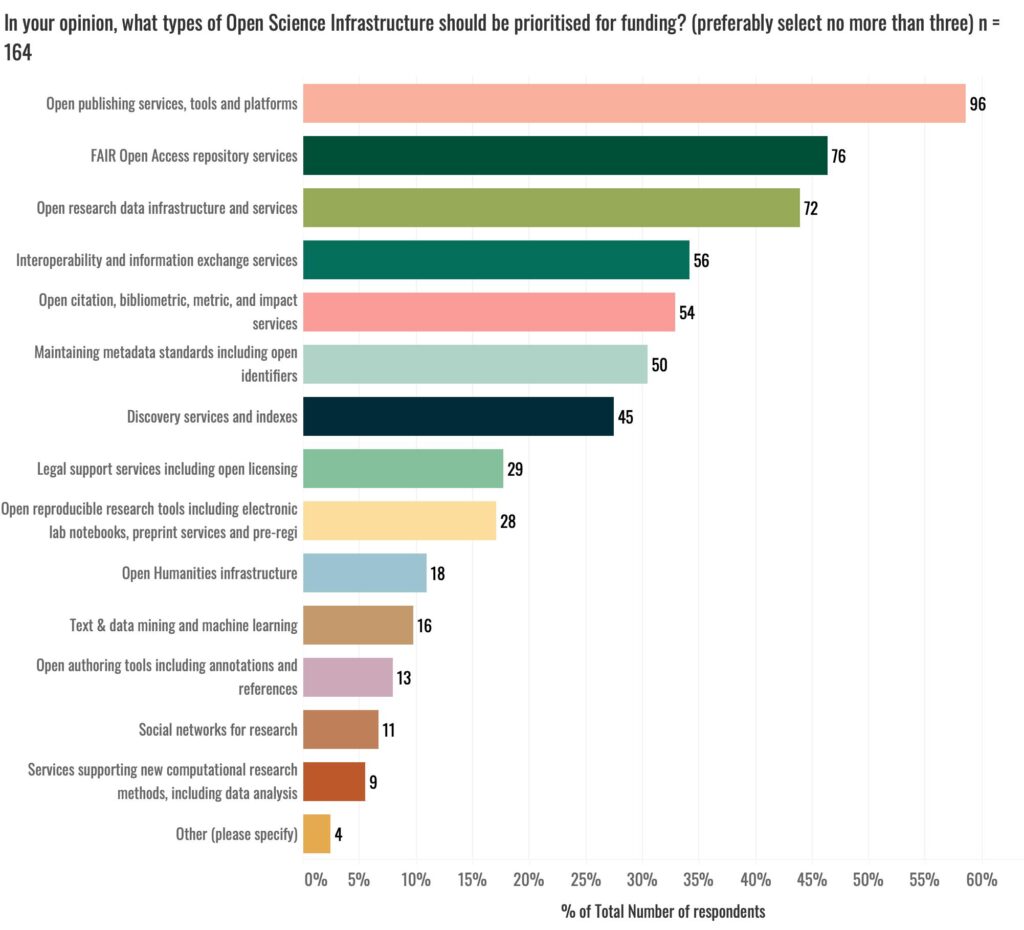 When we asked what types of organisations SCOSS itself should prioritise, the responses aligned with the general priorities respondents identified. We are pleased to see that the infrastructures supported so far by SCOSS are well aligned with these choices, and that very few respondents (only four) wanted to prioritise infrastructure not covered by the categories offered. 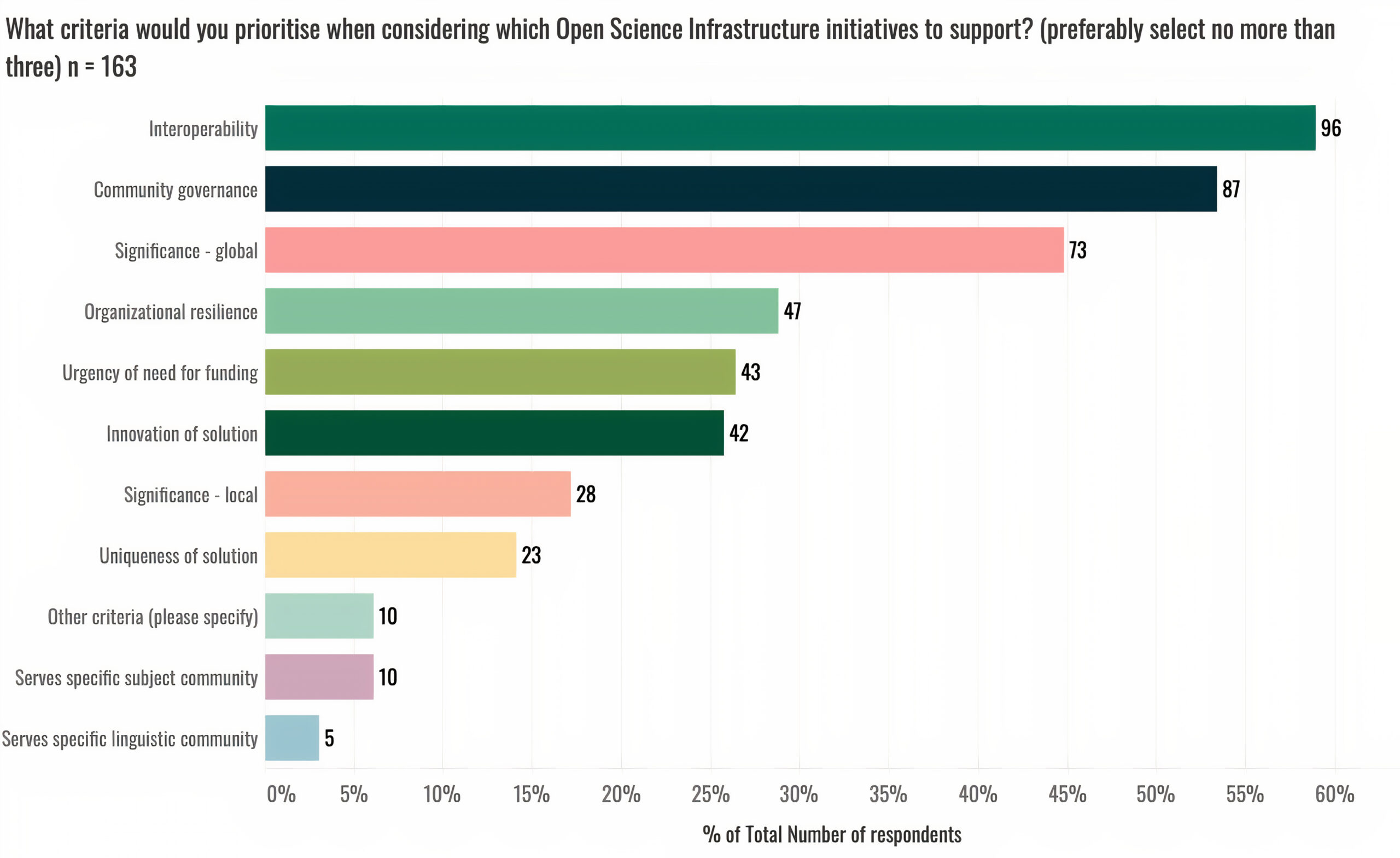 There was wide agreement that support for Open Science Infrastructure will be required for many years to come; there was also widespread agreement that SCOSS would be required beyond the next 3- to 5-year period. We take this as a really positive indication of the role we have played to date and the role we can play in future.

These responses have informed the development of a new strategy for SCOSS for 2022 to 2025, which we will publish in the coming weeks.

Thank you again to everyone who took part!

The survey's dataset is available here.